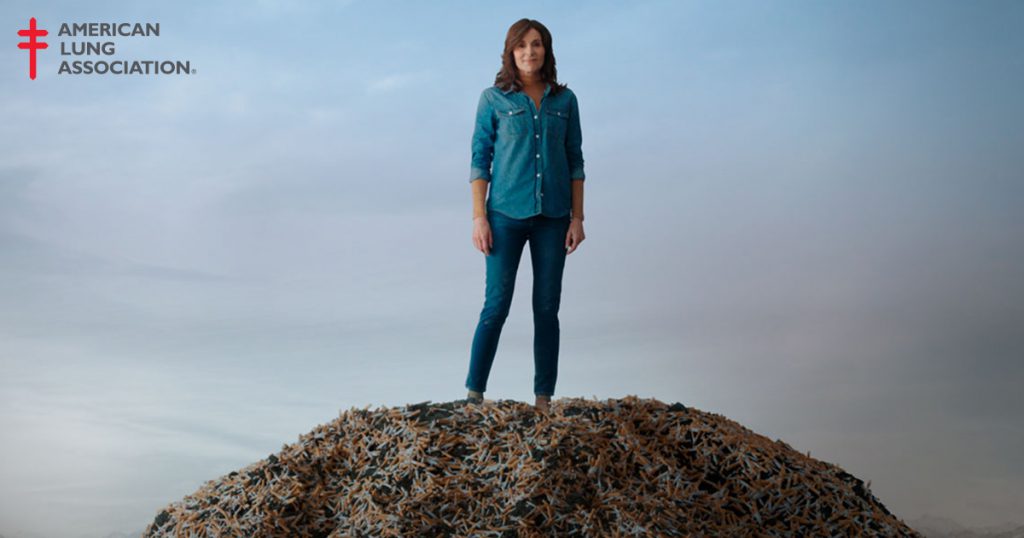 Lung cancer is the leading cause of cancer-related death in America, with a survival rate of 21.7 percent.  Meaning that 4 in 5 individuals diagnosed with lung cancer will ultimately pass away from the disease. Part of the reason that lung cancer is so deadly is that it’s often diagnosed after the cancer has spread. But if lung cancer is caught early, the likelihood of surviving 5 years or more improves to 56 percent.

If each of the eight million Americans at high risk for lung cancer were to be screened, about 48,000 lives would be saved.

That’s why the American Lung Association developed the Saved By The Scan campaign – to increase lung cancer survival rates and ultimately save lives. Since launching in 2017, Saved By the Scan has enabled over 400,000 Americans to learn if they might be at high risk for lung cancer.

Saved By The Scan Campaign

When lung cancer is caught early, it has a higher probability that it can be treated and cured. But oftentimes lung cancer is not detected until it has spread to other parts of the body, when survival rates drop significantly.

That’s what inspired the American Lung Association to focus on early detection. The Saved by the Scan campaign raises awareness of a new low-dose CT scan that can detect lung cancer in the earliest stages, when it is most curable.

What is a low-dose CT scan?

A low-dose CT scan is a special kind of X-ray that takes multiple pictures as you lie on a table that slides in and out of the machine. A computer then combines these images into a detailed picture of your lungs.

Who should get a low-dose CT scan?

Lung cancer screening is available for those at high risk of lung cancer:

Take the American Lung Association’s Lung Cancer Screen Eligibility Quiz if you aren’t sure whether you’re eligible for the screening , and access a doctor discussion guide to help with a conversation with your healthcare provider.

While there are many factors that can lead to lung cancer, smoking is still the number one risk factor for lung cancer.  If you want to stop smoking, there are a number of helpful resources available that can help you quit in a way that works best for you. You should also talk to your doctor, and visit any of the following for quitting support: