One of the great things about the “war effort” during World War II was that almost everyone gave something. Consumers made sacrifices on many goods better used to serve the troops. Production across the U.S. also ramped up. Research products produced several World War II products that helped protect consumers at home and soldiers throughout the world.

After Pearl Harbor, President Franklin Roosevelt told Congress “powerful enemies must be out-fought and out-produced.” America set staggering new benchmarks for production during the war, doubling output in just 4 years. Since much of the male workforce was enlisted, women were vital to the war effort. The growth and innovation that occurred during the war helped solidify the manufacturing boom that helped grow the middle class through the 1950s. 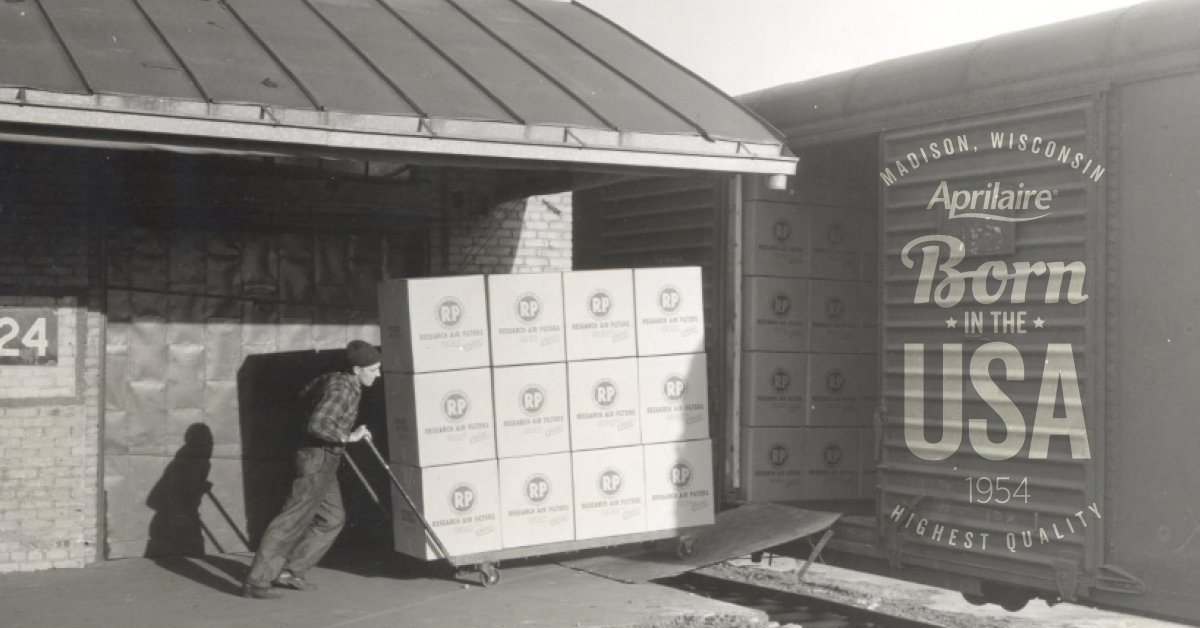 The War at Home for RP: World War II products developed by Aprilaire

Like many American companies during the second world war, Research Products Corporation – the parent company of Aprilaire – designed and manufactured World War II products specifically to support America’s effort. Some of these products made their way to the battlefield.

Aprilaire is proud of its history to support the war effort.