Staying up later is one of the perks of getting older when you’re a kid. However, a new study published in ERJ Open Research suggests that teens who stay up late run a higher risk of developing asthma and allergies than teens who go to sleep and wake up earlier.

There have been links in the past between the body’s internal clock and asthma symptoms, but this is the first study to take sleep preferences into consideration, further adding to the argument that when you’re sleeping is just as important as how long you’re sleeping.

The Sleep and Asthma Study

A team of researchers from the University of Alberta, Canada, chose to explore this connection between sleep and respiratory health due to the rise of asthma and allergic disease in children and adolescents across the globe. Even though poor air quality from tobacco smoke and pollution accounts for much of this increase, researchers wanted to explore it further.

The teens shared whether they were early birds, night owls, or somewhere in the middle and what time of day they were typically sleepy. Participants were also asked to share about any wheezing, sneezing, runny nose, or other asthma and allergy symptoms they experienced.

Researchers included other contributing factors such as living conditions and whether any family members smoked.

Results suggested that the chances of having asthma were around three times higher in teenagers who preferred going to bed late and waking up late. They were two times more likely to suffer from allergic rhinitis than those who went to bed at an earlier time.

Lead author, Subhabrata Moitra, Ph.D., is quoted saying, “Our results suggest there’s a link between preferred sleep time and asthma and allergies in teenagers.” While more research needs to be done, Moitra believes an allergic response is being triggered when the body’s natural sleep hormone, melatonin, is disrupted.

Knowing there is more work that needs to be done, the team is hoping more researchers will join them in their efforts to unlock the full connection between teen sleeping habits and respiratory health.

Dr. Moitra and his team will enter the second phase of the study in 2028-29 with a new group of teenagers to see if any noticeable changes have occurred, and they hope to quantify their findings with objective measurements of teen’s lung function and sleep time.

While we wait for more conclusions, you or your teen can try some of the following tips for drifting off to sleep naturally and quickly. And remember the impact of air quality and the temperature in your home on everyday activities and sleep. 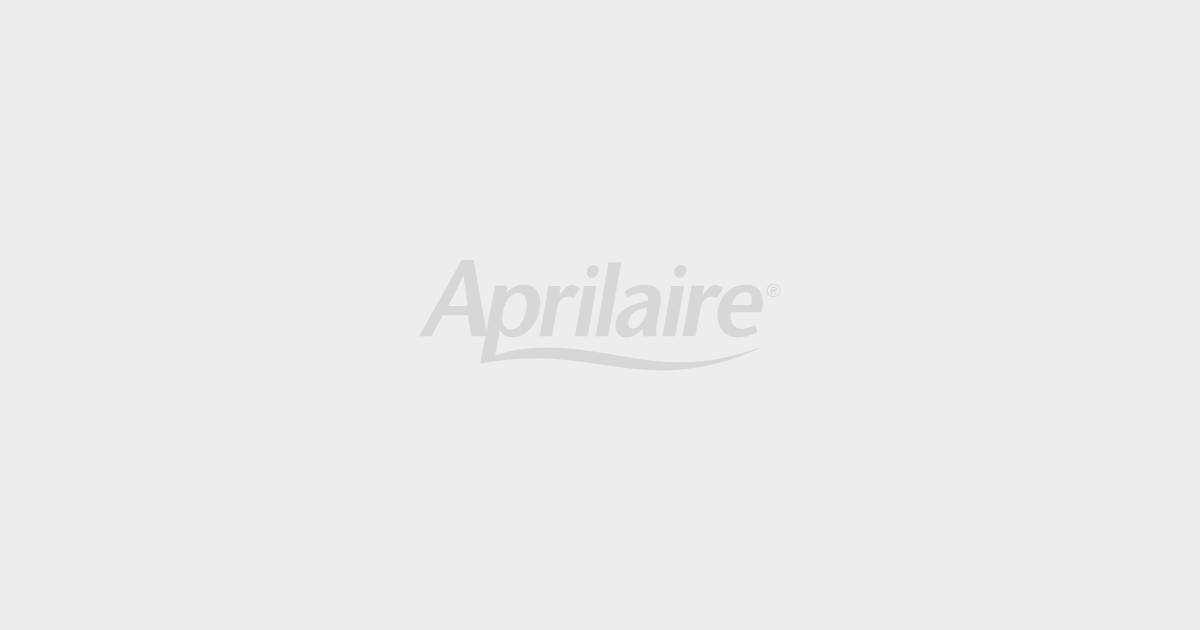 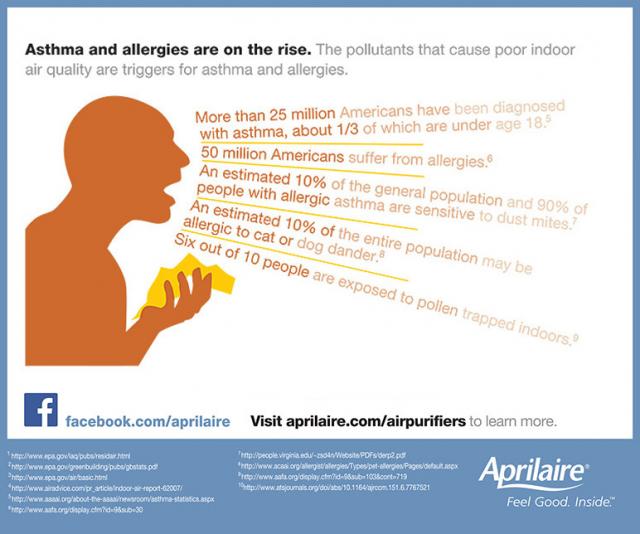 Prevent Irritants from Entering Your Home

Take measures to reduce allergens by making sure dust, dirt, and other pollutants are prevented from entering the house. Remove shoes before entering the household. Be sure to close and windows and doors during high pollen days. Do not allow smoking indoors.

Whole-home air purifier systems remove up to 99% of airborne allergens and contaminants (even those one micron in size) and are 40 times more efficient than a standard furnace filter. This system removes allergens such as dust, dust mites, pet dander, mold spores, pollen, viruses, fungi, mold, and other dangerous substances from the air throughout the entire home.

Whole-home humidifiers and dehumidifiers can help control allergens with the perfect level of moisture—one in which dust mites, mold, and mildew are not likely to survive.

Spring Home Checklist: Your “Honey Do” list has arrived!

Your “Honey Do” list has arrived! Below are some important and relatively easy home maintenance projects you can complete in a few weekends. Print this page out, hang it on the fridge, and check them off as you go. 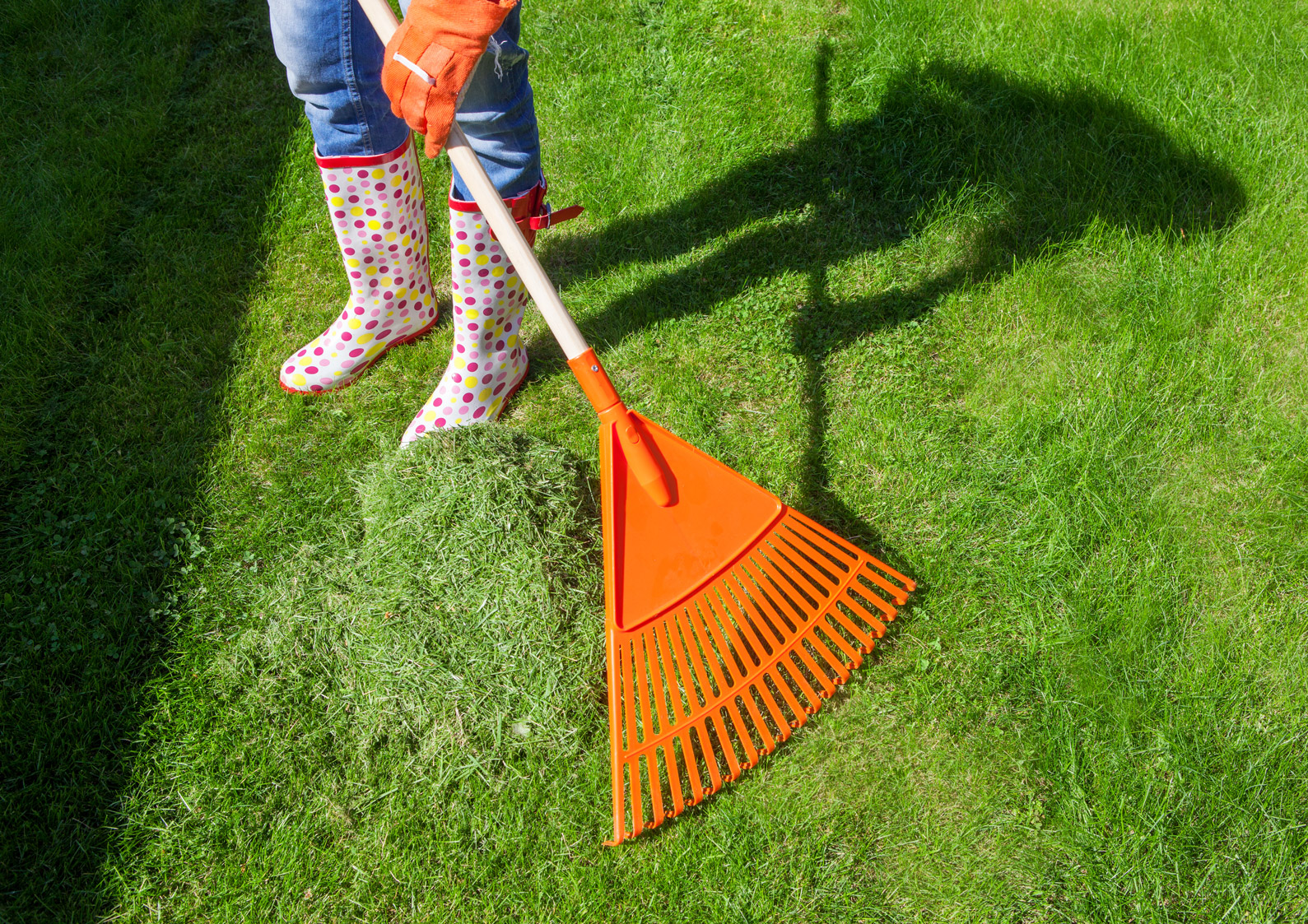 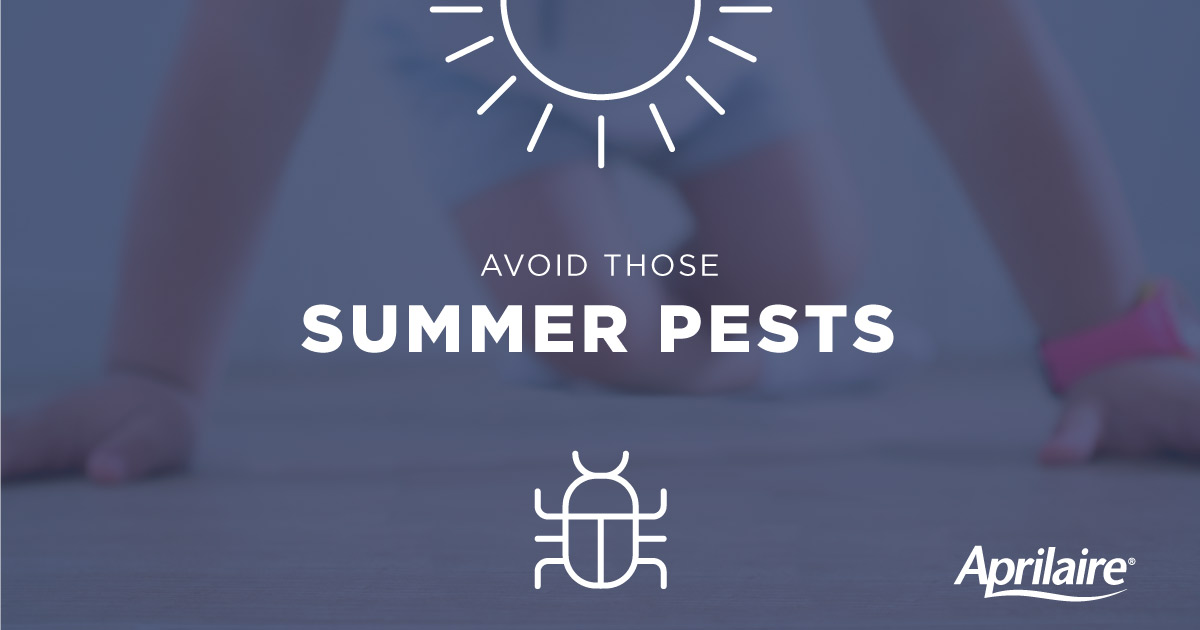 When it comes to a love of humidity, humans and pests are on opposite ends of the spectrum. While we tend to despise air that is thick with heat and water vapor, most bugs actually thrive in it and need it to live.

Unfortunately, this means that the impending summer humidity in certain parts of the country is about to bring these summer pests out in a big way.

The German cockroach is the most common roach species infesting our homes in North America. They are attracted to warm and humid places, making your kitchen and the water heater in the basement their most frequented hideaways.

These small, wingless insects are nocturnal and need to keep their bodies moist at all times in order to survive. You are likely to find them beneath boxes or furniture in your basement, the shower, or hiding in your kitchen.

Carnivorous and nocturnal, with their 100 feet, these pests can move quickly and spend most of the day hiding in humid, secluded places. They are highly attracted to the moist, humid parts of the home because they need to rehydrate constantly in order to live.

Known to burrow into topsoil outside, these nocturnal bugs can also infiltrate dark and humid areas of your home. You are most likely to find them around floor drains, bathrooms, or under rugs or furniture. 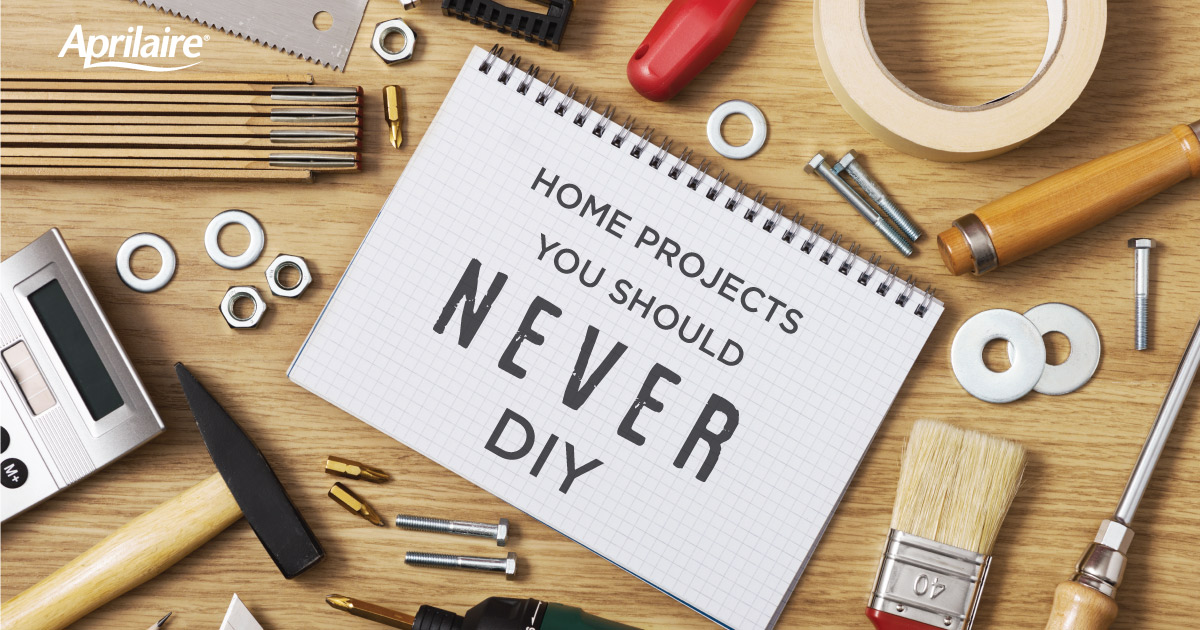 Professionals Needed: Here Are The Home Projects You Should Never DIY

So you bought your first house and can’t wait to rip up that crummy carpet. Go for it! But if you hit dirt, you might need to call in backup. As more millennials take the plunge into home ownership, it’s becoming more and more common to see DIY projects big and small. Things like carpet removal are doable. But no matter how many tips and tricks you’ve picked up from HGTV, Pinterest, or YouTube, there are some projects that simply aren’t worth the money, time, or risk to do yourself.

For some people, DIY is a way of life. For the rest of us, we need to be honest about our skills and level of experience. Sometimes a “simple” job can actually be a lot more complex than it appears. Hire a professional for these projects before you try it yourself and make a mistake that costs way more to fix.

Some home improvement jobs can take weeks to complete when you try to do them yourself. For big projects, hiring a professional will mean a quicker and more efficient job done well so you can get back to enjoying your home without interruptions.

Some home improvement projects require permits due to building codes. Save yourself the headache, and possible code violation, by hiring a professional who’s familiar with the process when it comes to these types of jobs.

If there’s any question of your ability to do something without injury or structural damage to your home, it’s most definitely a job for a professional.

When you’ve decided you need a pro, try to keep the process simple to save you time and headaches. Start by reaching out to a few trusted contractors in your area to get estimates on the work, (recommendations from friends are a great place to start) and then consider price and professionalism before making your decision.

When it comes to HVAC work, we make it easy to find a pro. Along with plumbing and electrical work, HVAC is an area where it’s crucial to get the job done right the first time.

There has never been a more critical time to teach children the importance of keeping their germs to themselves. But more than simply telling children they need to wash their hands and wear a mask, you can have a real impact by showing them in enjoyable experiments what germs are and how they spread.

In this experiment, glitter is used to represent our germs and how they spread from one thing to another throughout our day if we don’t wash our hands.

Most parents already know that glitter is difficult to get off, which reinforces the importance of washing hands for at least 20 seconds to thoroughly remove harmful germs.

Typically you want to blow out all the candles on your birthday cake or it means your wish won’t come true. But with this experiment, the more candles left burning, the better!

Everyone’s favorite science guy, Bill Nye, showed how this experiment works in a short video. By trying to blow out the candles through various types of materials, kids can see how some are more effective than others. And it serves as a reminder that masks are an important part of reducing the spread of germs when we cough, sneeze, spit or breathe too close to someone else.

Come Out, Come Out, Wherever You Are

It can be a hard concept for young children to understand: There are things in the air that we can’t see that can make us sneeze, cause food to go bad, or make us very sick.

With a few simple household items in this experiment, you can help shed some light on the mystery and reinforce the lessons you’re trying to teach kids about staying healthy. This particular experiment focuses on air quality, which is important to keep in mind at home, in school, and wherever kids venture off to.

The goals are for kids to: